North Sydney is located 3km north of Sydney’s CBD, only a short journey over the Sydney Harbour Bridge.

North Sydney was first settled in the early 1800's, but didn’t begin to evolve into a city on its own until the Harbour Bridge was opened in 1932.

The township of St Leonards was laid out in 1836 in what is now North Sydney, bounded by Miller, Walker, Lavender and Berry Streets. By 1846 there were 106 houses there and by 1859, the commercial centre extended from Milsons Point to Miller Street.

North Sydney now has its own skyscraper skyline on the opposite site of the Harbour Bridge from the city. Its high-rise commercial includes the second largest concentration of office buildings in New South Wales with a large representation from the advertising and information technology industries.

There are two shopping complexes in North Sydney. The largest is Greenwood Plaza, which is connected to the Greenwood Hotel. The other complex, Berry Square is situated on Berry Street.

The three main streets of North Sydney are home to over 25 restaurants of all different cuisines, including Italian, Thai, Japanese and Indian.

Although the region is dominated by commercial infrastructure, nearly 13% of the total area is covered in parks, combining natural beauty with spectacular views.

The popular North Sydney Oval offers a variety of sport and recreation opportunities and is home to the North Sydney cricket, rugby league and rugby union clubs.

The Sydney CBD is easily accessible from North Sydney by road and rail, using the Sydney Harbour Bridge and Harbour Tunnel.  North Sydney railway station is only an 11 minute journey from Central Station and is on the North Shore Line of the CityRail network.

There is also a direct bus route into the Sydney CBD, which is approximately a 15 - 20 minute drive. Buses offer regular stops on the Pacific Highway, which runs through the centre of town and directly links to freeways connecting suburbs on Sydney’s outskirts.

There is also a ferry stop at High Street, North Sydney for those after a more scenic and peaceful aquatic journey.

There are eight childcare centres located in North Sydney, to cater for the large demographic of parents, as well as five schools, including the prestigious North Sydney Boys and North Sydney Girls High Schools.

Luna Park, the famous and historic amusement park with the giant smiling face, is situated on Lavender Bay and offers great views and an opportunity for everyone to enjoy their inner child.

North Sydney attracts young, professional residents with the primary age group between 20-29 years. The largest demographic are renters, making up 60% of all residences. Only 19% of residents own their home outright, and 18% are purchasing their property.

The majority of residents in North Sydney earn salaries greater than $103K per annum.

Properties for sale/rent in North Sydney: 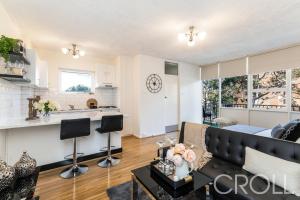 Totally renovated to present a stylish and ultra-chic abode and filled with natural light. The open-plan living flows to a wide covered balcony with glimpses to the Sydney Harbour Bridge and North Sydney skyline. A designer kitchen offers a sit-up breakfast bench adjoining lounge space while the sleep zone enjoys a gentle breeze from the adjacent balcony. Updated bathroom is finished with designer tiles and modern fixtures and fittings. Perfectly ... more

Grand Two Storey Terrace In The Heart Of North Sydney 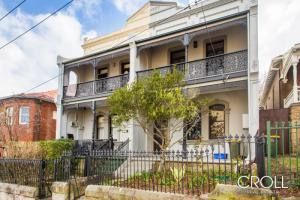 This stunning period two-storey terrace presents all the charm and character of yesteryear. A long and lofty entrance hall with polished boards, high patterned ceilings, decorative feature fireplaces and magnificent restored balustrading on the upper balcony. Modernity and convenience is delivered through the inclusion of a renovated and stylish kitchen and two chic bathrooms. The generous floorplan allows flexible use of rooms to include up to 5 bedrooms or ... more 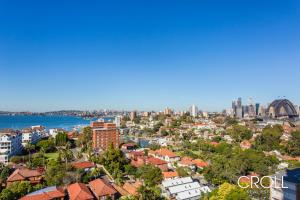 Looking for a true 'lifestyle' apartment ? This is it ! Minutes to the centre of North Sydney and featuring superb district views across the harbour to Neutral Bay, this spacious three-bedroom apartment enjoys a wonderful north-east aspect. Located in a commanding position on level 10 of the prestigious 'Holmsdale Tower' you will wow your guests with 180 degree harbour views and be entertained by VIVID, fireworks displays and ... more

Stunning uninterrupted views of Sydney Harbour from this Studio Apartment 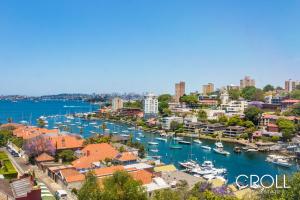 This stunning studio apartment enjoys uninterrupted views of Sydney Harbour and the Harbour Bridge with the best view to watch the fireworks on NYE. The property is perfectly situated in a quiet leafy street and is a heartbeat away from harbourside parks and North Sydney Wharf and a stroll from cosmopolitan eateries and Kirribilli and North Sydney train stations. Located on level 6 in a security block Tinted windows to ... more 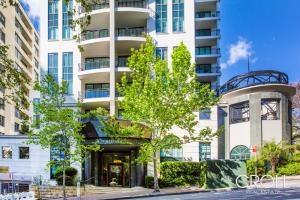 Why worry about a carspace when you can walk from "The Harvard" to the centre of North Sydney. This fabulous spacious studio apartment is located on the 2nd floor across from the gym and swimming pool. The studio offers spacious lounge/bedroom area modern galley kitchen with dishwasher. Plenty of storage. Internal laundry facilities (with dryer) in the modern bathroom. The property is available 6th February 2021 . ENTRY FROM MCLAREN ... more 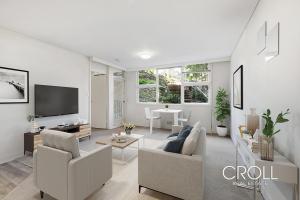 This one bedroom apartment is well located within walking distance to North Sydney CBD and only minutes from Sydney CBD and a myriad of transport routes, plus easy access to north and south freeway systems. The apartment is bright and light and would a professional seeking low maintenance living. There is off-street parking and convenient elevator access. NO PETS Combined lounge and dining with direct balcony access Private balcony with ... more 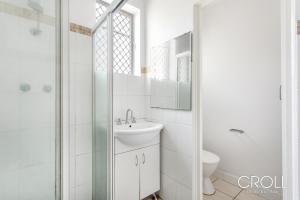