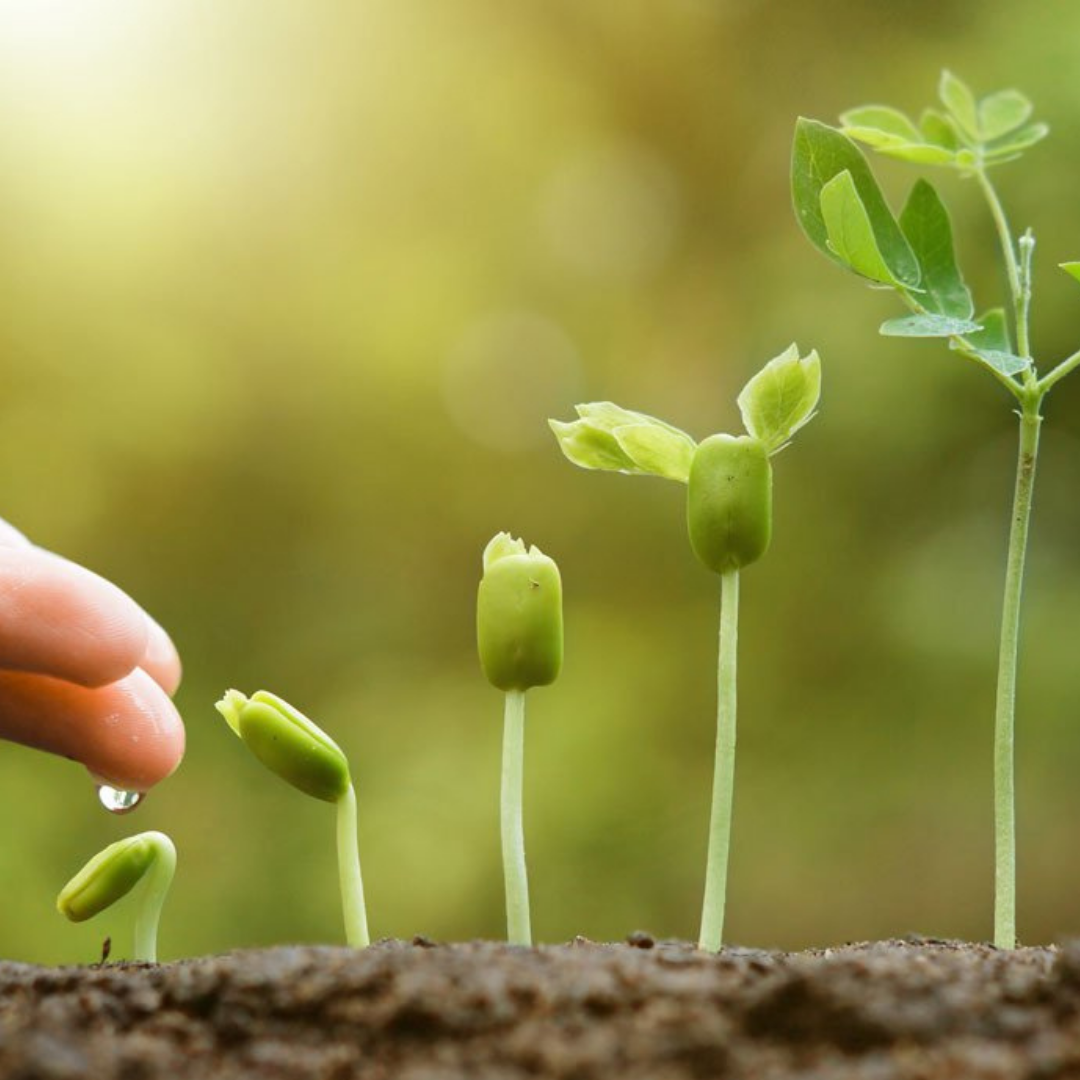 So, what’s ahead for the Sydney property market? It’s just as hard to make a forecast now as it was six months ago when we said in our May article: “it’s going to take a while to determine what our ‘new normal’ will turn out to be”.

However, since then earlier forecasts of price falls have largely been blown away and now most analysts have revised their former positions to a more positive viewpoint. Australia has done better than most other countries in combating the effects of the coronavirus, and despite rising unemployment and an ongoing recession, the country’s property markets have been models of resilience.

The Sydney market in particular has benefited from historically low interest rates and the various moves by the NSW and federal governments to revive our economy and protect property owners from being pressured into selling their properties to meet mortgage commitments.

By relaxing credit approval criteria, the fiscal wizards in Canberra have allowed people to borrow more than they could before, stimulating upgrades, encouraging first-home buyers and encouraging investors to return to the market.

While there had been concerns that banks would be less than kind to borrowers who found themselves in Covid-19 related financial difficulties, the banks have instead been helpful to their customers and an event described earlier as a ‘fiscal cliff’ never eventuated.

PRD Real Estate chief economist Dr Diaswati Mardiasmo said banks would exhaust all their other options before resorting to forced sales and had worked to offer customers various options to restructure their finances after their extended deferral period if needed.

“They don’t want to be the one holding the loan, they want to profit from it,” she said.

November data from CoreLogic shows that that the national average home price rose 0.4 per cent in October to $559,254 – the first monthly increase after five months of declines. Every state and territory showed gains, with the exception of Victoria which was in the throes of a second Covid-19 lockdown.

CoreLogic’s Head of Research, Tim Lawless said that the increase in house prices coincided with other indicators that have improved over recent months: “Consumer confidence has consistently improved since the virus curve has flattened and Australians respond positively to measured announced in the Federal Budget.

“In October, we saw an 11.9 per cent surge in the Westpac-Melbourne Institute consumer sentiment index, rising clearance rates and an increase in valuation for purchase orders; it seems like we are moving back to the usual spring selling season with capital city listings rising in October," said Mr Lawless.

Mr Christopher’s belief that things are returning to normal is supported by figures from Domain that reveal some suburbs with amazing double-digit property growth over the past year. The strongest house price growth was in the south-western suburb of Belfield, 12 kilometres from the CBD, up 34.4 per cent to a median of $1,202,500 in the year to September.

Domain’s Kate Burke said there were pockets in the city that had jumped more than $100,000 in recent months: “Across Greater Sydney, the market rebound was sharpest for houses on the lower north shore, with the median increasing by $130,000, or 5.2 per cent, to $2.63 million. Annually, prices have risen 12.5 per cent.

“House prices in the inner city and eastern suburbs climbed $120,000 in the space of three months to a record median of $2.55 million – annually they are up a whopping 14.1 per cent,” she wrote.

Matthew Smythe, an estate agent on Sydney’s north shore, echoed this outlook: “The market has rebounded well here on the lower north shore over the past four months,” he said “A lot of that is due to renewed positivity and general community confidence, but also a big factor has been that there’s been less stock on the market.”

The Daily Telegraph’s Aidan Devine says that sellers made the biggest profits, relative to what they paid for their properties, in suburbs offering larger blocks or a location near a beach.

Mr Devine’s analysis found that the typical seller in these regions had owned their homes for about seven to eight years before they traded them again.

How things have changed. AMP Capital’s chief economist, Shane Oliver, had been one of those market analysts who in late March was predicting a fall in house prices of up to 20 per cent. As recently as May he’d said on ABC’s 7.30 Report that there were limits to what governments could do to stop what he termed the ‘property bubble’ from bursting.

But times have changed and when ABC’s Nassim Khadem asked Dr Oliver if he still thought prices could fall by up to 20 per cent this year, he responded: "No, I had to accept the reality — for now we're not going to see significant price falls; if anything they may go up a bit," he said.

Dr Oliver also said in an interview with the Australian Financial Review that, despite declining immigration and the end of financial support measures, the confidence that this is the right time to buy is there: “Those are the big negatives but, against that, we’ve seen more confidence in the economy, and consumer confidence surveys generally show people are more confident about the property market now and feel it's a better time to buy,” he said.

Dr Oliver added that record low-interest rates and federal government support for first home buyers would contribute to a "continued improvement in transactions through the run-up to Christmas".

CBA senior economist Gareth Aird suspects that his own earlier outlook may have been too gloomy for some areas, particularly with unemployment improving in most states, sustained low interest rates and promises of further government support.

"Everyone had the same view in April that there would be quick and sizeable falls. We thought this would be about 10 per cent over six months and at the time this looked about right," Mr Aird said.

"House prices are just not falling at that rate. There are still headwinds, with loan deferral drop offs and migration. But by mid-August we were thinking we'd no longer see these [double digit] falls."

Sydney’s recent property auction figures add to the feelings of optimism in the market. Both the number of properties on offer and the weekly clearance rates are now on the rise, and that leads to greater confidence about what’s happening with prices.

Two years ago, Australia made digital e-conveyancing the norm across the property sector, launching PEXA which settles $300 billion worth of transactions annually. NSW and Victoria have made e-conveyancing compulsory for all property title and mortgage transfers in those states, ending 150 years of paper title history.

The electronic property exchange platform processes about 20,000 sales a week and tracks mortgage and refinancing changes, helping it identify key trends across the sector.

After the pandemic struck, settlement volumes on the platform dropped from 20 per cent year-on-year growth in January to negative territory in May and June. The volume of homes and other real estate changing hands has since steadily recovered, and by the end of September was above 2019 levels, PEXA said.

In Sydney, over the last week of October, there were 712 properties auctioned with a clearance rate of 80.4 per cent. CoreLogic figures also show Sydney prices at auctions are up 1.5 per cent this year.

News.com’s Jason Murphy comments that our market’s strong housing prices are supported by the decline in interest rates that’s been going on for some time: “Because houses are bought with borrowed money, the price of housing depends on the cost of borrowing money.

However, Mr Murphy notes that interest rates will only rise if there is inflation and wage inflation. Housing is considered to be a good asset to hold during inflation, while cash is a bad asset to hold at such times. So, in times of low inflation and relatively low borrowing costs, we can expect to see housing continue as a long-term focal point for investors.

Eliza Owen, Head of Australian Research from CoreLogic says, “generally we would expect that easier access to credit creates more competition, which is likely to have an inflationary impact on dwelling values.”

“Between the potential for a further cash rate reduction, and federal government announcements to relax lending policies, we would expect to see added demand, which would have an upside impact on dwelling markets either late this year, or early next year,” she said.

Despite Australia’s experiencing its deepest economic contraction since the 1930s, data from Domain has found that so-called ‘distressed’ listings in October were at their lowest level in all capital cities except Hobart since the pandemic hit.

Domain says that sellers in most cities were actually in a better position than they were in February, even with some initial six-month mortgage holidays coming to an end.

Domain senior research analyst Nicola Powell said the short amount of time between the first economic impacts of Covid-19 and the introduction of government support measures and the banks’ mortgage deferrals had limited the number of urgent sales.

New data from the Australian Prudential Regulation Authority shows that only seven per cent of mortgages, worth $133 billion, were not being repaid in September. This is down from 11 per cent in May at the height of the pandemic crisis, and September was the third consecutive month where more people ended their repayment holidays than entered them.

So, unlike earlier expectations, there’s been few problems finding demand in the Sydney property market; it’s mainly on the supply side that shortages can be found. Growing consumer confidence means that new buyers are now entering the Sydney market, increasing competition for available properties and helping to preserve price levels that were thought unsustainable six months ago.

The only hiccup has been in the area of unit prices that have declined in some suburbs primarily because there are so many new apartment buildings coming onto the market at this time. Digital Finance Analytics (DFA) principal Martin North told the ABC that there is a national oversupply of something like 670,000 units, only partly offset by a shortfall of around 86,000 houses.

According to figures from Domain, in Sydney 56.7 per cent of residential properties completed were apartments with 107,967 built between 2016 and 2019. Inner suburbs such as Waterloo and Mascot, middle suburbs such as Arncliffe and Homebush Bay and outer suburb of Liverpool, all had the largest number of completed builds.

However, if history is any guide to what will happen over the next couple of years, once the impacts of the pandemic are behind us it’s likely the current oversupply of units will be absorbed by new entrants into the marketplace, including migrants and repatriating Australians.

And as for houses, data from the Australian Bureau of Statistics (ABS) showed the number of private-sector houses rose for the third consecutive month, increasing by 9.7 per cent in September.